IS THE BIBLE RELIABLE? 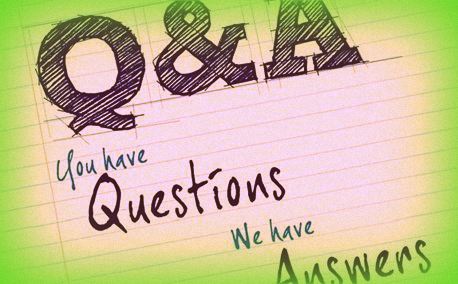 Christians make the claim that the Bible, as we know it today, is actually God's Word written to us. They also claim that it's God's only word to us. But how did the Bible we know today come to be?

Often, people wonder whether the Bible is reliable. How can we be sure that a collection of documents written many centuries ago has been faithfully and correctly transmitted to us today? This is a good and valid question. Fortunately, we don't need to rely on the myth of "blind faith" to answer it. We apply the same tests to the biblical documents as we would to any other ancient writing.

In 1952, a professor of military history, Sanders, set down three tests which can be used for any historical writing. He named these tests the bibliographic test, the internal test, and the external test. We can examine the Bible with these tests in the same way we would examine other ancient documents.

The Bibliographic Test - How Well Were the Original Documents Transmitted to Us Today?

Whenever a document is written, there is always only one original. This is the document from which copies are made. Sometimes, many copies will be made. Other times, only a few will be made. What we want to find out is, if we had to construct the original document from the copies, how accurate would it be? Clearly, 100% accuracy would be a perfect copy.

There are very few copies of the original Old Testament writings. This is because copies were lost, ceremonially buried when worn out, or destroyed if imperfections were discovered. Before 1947, the earliest Hebrew manuscript available was the Masoretic text.

But in 1947, the Dead Sea Scrolls were discovered. The amazing thing about these scrolls is that they are dated between 200 BC, and 68 AD. Yet there are very few variations between these two manuscripts. No variations affect the meaning of the documents in any way.

Archaeologists have found copies of quite a few ancient manuscripts, written by different authors. This table is a good comparison.

Apart from the New Testament, the only other ancient writing which has any level of accuracy associated with it, is Homer. And yet the New Testament has a far higher degree of accuracy than Homer. Scholars universally accept the copies of Homer's writings as being accurate. It is undeniable, then, that the New Testament is by far the most accurately reconstructed ancient document. It passes the bibliographic test with flying colours.

The Internal Test - Do The Writers of the Bible Claim Their Writings Are True?

In any document, we are justified in discovering what the writer of that document says about it. For example, this article is part of the web site of Elizabeth Church of Christ. It has been written by someone who is part of the Elizabeth Church of Christ. But this article is not the Word of God, nor does it claim to be. If there were a copyright statement, along the lines of "This article is God's Message to People on Earth", you, the reader, would be entitled to investigate. We can do the same with the Bible.

Many of the writers of the New Testament were eyewitnesses of Jesus. They saw him, knew all about him, and in some cases, were his followers. And they said as much:

"The eyewitness to these things has presented an accurate report. He saw it himself, and is telling the truth, so that you also will believe".

"We were there on the holy mountain with Jesus. We heard the voice out of heaven with our very own ears. We couldn't be more sure of what we heard - God's glory, God's voice".

Even when the writers were not eyewitnesses, they showed that their writings were not made up from thin air:

"So many others have tried their hand at putting together a story of the wonderful harvest of Scripture and history that took place among us, using reports handed down by the original eyewitnesses who served this Word with their very lives. Since I have investigated all the reports in close detail, starting from the story's beginning, I decided to write it all out".

And since the New Testament was written between AD 47 and AD 95, there was just not enough time for myths and falsehoods about Jesus to grow. There were enough eyewitnesses of Jesus to challenge any historical errors, or blatant lies. Yet no-one did. The Bible passes the internal test.

The External Test - What Does Outside Evidence Say About the Bible?

Because the Bible is a collection of documents written within history, it contains references to history which can be verified by archaeology. It is interesting that before the 20th century, many critics of the Bible discredited it, due to lack of evidence for certain biblical claims. Yet, in the 20th century, archaeology exploded, and all such claims have been reversed. Archaeology has made astonishing finds which provide evidence for the claims of the Bible. Archaeology cannot prove the Bible, but every new find gives more weight to the historical accuracy of the Bible.

Here are just a few examples of the historical reliability of the Bible:

For a long time, critics questioned the accuracy of Daniel 5, which mentions a Babylonian King named Belshazzar. Archaeological records show that Nabonidus was king at the time, and do not mention Belshazzar. Yet, in 1956, three stone slabs were found. These slabs showed that while Nabonidus went off to war to fight the Persians, he entrusted the kingdom to his son, Belshazzar.

In the past, people have doubted whether Jesus even existed. Was he a historical person, or a made-up character? In fact, early Greek, Roman and Jewish sources make mention of Jesus. These include Tacitus (Annals), Suetonius (Life of Claudius, Lives of the Caesars), Pliny the Younger (Epistles) and Lucian (On the Death of Peregrine). As well, there is a letter from a Syrian, Mara Bar-Serapion, to his son. In it, he compares the deaths of Socrates, Pythagoras and Jesus.

The Bible has no problem meeting the external test.

In fact, when the bibliographic test, the internal test and the external test are applied to the Bible, the Bible emerges as a completely trustworthy book. This is even more amazing considering how many different writers contributed to the Bible. It points to a "common author", God, and shows how God not only gives a message to us, but also takes care to ensure that we can trust that message.

Permission is granted to copy and distribute this page for non-commercial purposes.

Not a Christian yet?

Don't all lead to God?