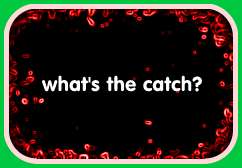 WHY IS JESUS GOOD NEWS?

Ever feel as though life is full of nothing but 'bad news'? Interested in some 'good news'? Found yourself thinking "...there's gotta be more to life than this." There is! And that's where we begin the good news...

Good news is 'good' because bad news exists. Think about it: if there were no bad news, there'd be no need for good news; in fact, good news doesn't really make sense without bad news. The bad news here is that every person has a life-threatening illness which they can't fix on their own.

So What's the Cancer?

But the moment you discover you have cancer, you're listening! The cancer here is that people have "missed the mark" when it comes to meeting God's standards of goodness. None of us has "hit the bullseye", so to speak. Not one of us could ever claim to be perfect in everything we say and do. Not one of us could claim to have kept every one of the Ten Commandments All of us have fallen well short of the "Great Command":

Love your Creator with every part of you: your thoughts, your emotions, and your body.

Another word for "missing the mark" is sin, and sin is the cancer we're talking about.

Just as cancer of the body causes death: a separation between the body and the spirit, cancer of the spirit causes death: a separation between the spirit and God. Once this "spiritual death" takes place, there's nothing anyone can do to reverse it. No amount of time will dull the regrets, the remorse, and the "if only I had...". Sin is a fatal disease...and no-one on earth has a cure...

HOW ABOUT SOME GOOD NEWS...

But God who created this world and all of us, has chosen to offer us a cure for the cancer of sin. He didn't have to: He would have been perfectly fair if He decided not to, but He's not like that. He cares for us too much to leave us the way we are.

What if His solution was to hook us up with someone who was completely healthy, and had never been even slightly sick? It would work like this: this person would have the cancer completely transferred to his body, and we would be left with no trace of it. Not only that, but we would have this person's "clean bill of health" from that point on. Obviously, it would be our choice. No-one can force us to make a decision we don't want to, including God.

This is a picture of what happens when we decide to follow God:

a. We accept that there's nothing we can do to deal with sin by ourselves.

b. We trust that God is willing and able to deal with our sin.

c. We also accept God's solution: Jesus, his Son, will take away our sin and its consequences.

d. God will transfer to us the good favour which Jesus has with Him.

e. God will give us a changed life, and guarantees that we'll spend the rest of our existence with Him.

OK. But Exactly How Does Jesus Take Away Sin?

Jesus can take away our sin and its consequences (eg. spiritual death, guilt, bitterness, etc). How He does it is central to Christianity.

Sin came into the world when Adam and Eve chose to disobey God. At that time, death also made its first appearance. From that point on, everyone was "born to die". It's like the problem we have when we button up a shirt, but get the wrong button in the wrong hole - every button from then on is out of alignment. In the same way, every one of us is born with an inclination to sin, and everyone will eventually die. But for anyone who has not "settled accounts with God", there is more than just physical death. That person will also die spiritually, when their spirit is forever separated from God.

No! This is NOT what God wants! If He could have one person die a spiritual death in place of everyone who has ever lived, He'd arrange it! But three conditions would need to be met.

The person would have to be completely free from sin. If the person had sinned even once, his death would only "pay" for his own sin, and the plan would fail.

The person would have to be "infinite and immortal". Even if you or I lived a perfect life, and then died, we would only be able to substitute in the place of one other person, since we are finite and mortal.

So, is there someone who is infinite and immortal, as well as being a human who has never sinned? There's only one person - Jesus. Jesus is God's Son, and has always been God. About 2,000 years ago, He was born in the Middle East, and lived for about 33 years, until He was killed. During that time, he never sinned.

So Why Was He Killed?

He claimed, among other things, that He was indeed God. Even though this was true, it was too much for the religious leaders of the day, and they had Him convicted in a mock trial of claiming to be God. The sentence for blasphemy was death, and the death penalty at that time was done by crucifixion. Two beams of wood were nailed together to make the shape of a "t", or a cross. Jesus had nails driven through His wrists and feet, and soon died.

Not Exactly According To Plan, Eh?

Well, actually, it was just what God had planned. Remember that Jesus was going to die in place of everyone. His death on the cross showed that the problem of sin had been dealt with once and for all: for all time, and for all people.

Then, three days later, unlike anyone else who has ever lived, Jesus came back to life. And not just as a spirit - as a person with a physical body. This is what Christians mean when they talk of the resurrection. Coming back to life showed that Jesus was God, just as He had claimed. This is why the resurrection is probably the most important belief of Christianity. If He hadn't come back to life, He could not possibly be God, and Christianity would be a false hope. Coming back to life also meant that He had a death-conquering life, and that anyone who trusts in Him shares in His death-conquering life.

What's the Catch? What Do I Have To Do?

The above few paragraphs show how God has offered to take away sin and its consequences, through Jesus' death and resurrection. You take up God's offer simply by accepting that you can't deal with the problem of sin in your life, and trusting that God can. That's it!

That's it!! Does this sound like "an offer you can't refuse"? Yeah...in fact, it seems too good to be true. So why do people refuse the offer?

Put simply, accepting something we need from someone else means we have to recognise that we can't meet the need ourselves. And that cuts right to the core of our love for independence. The Bible calls this pride. Pride is what went wrong with Adam and Eve in the first place. They wanted to be like God, and we've fallen for similar things ever since. It's God, and God alone, who makes possible the cure for sin, and with it, a changed life. It's clear that God saves us; we don't save ourselves. And it's all wrapped up in something that sets Christianity apart from other religions: grace.

Here's how one writer explained it to a group of Christians:

Now God has us where He wants us, with all the time in this world and the next to shower grace and kindness upon us in Christ Jesus. Saving is all His idea, and all His work. All we do is trust Him enough to let Him do it. It's God's gift from start to finish! We don't play the major role. If we did, we'd probably go around bragging that we'd done the whole thing! No, we neither make nor save ourselves. God does both the making and saving.

Of course! So how exactly do you begin to follow God? Agree with God in His diagnosis about your sin, and in His solution for your sin. And then let Him know...

If you're wondering just what to say to God, this might be a help:

"God, I admit that I have a problem called sin. I can't do anything about it, but I trust that You can. I accept Your solution to the problem, that Jesus died on the cross in my place, and has taken away my sin. Please deal with this now once and for all. Thankyou for doing this. Thankyou for accepting me unconditionally. Thankyou for giving me a changed life. And thankyou for guaranteeing that I'll spend the rest of my existence with You."

If you just said that to God and meant it, then you're now a God-follower with a changed life! Maybe you felt something; maybe you didn't. Don't panic if you didn't. Most people don't, and feelings aren't the issue anyway. God has saved you from sin, and saved you for a life of meaning and fulfilment.

Permission is granted to copy and distribute this page for non-commercial purposes.

Not a Christian yet?

Don't all lead to God?